So far, the public health authorities have been in a continuous alert due to the presence of H5N1, the bird flu virus which affected Asia and infected about 100 humans in the past 18 months, half of the victims not surviving the virus attack. Scientists worry about a possible global pandemic, and so they have been trying to develop an effective vaccine against H5N1. Until now millions of birds were slaughtered in Asia in the attempt of stopping the virus from transmitting itself to animals and humans.

After a long wait, yesterday, a federal health spokesman said that the scientists have finally created an effective vaccine against a strain of the flu virus that is considered to be a possible spark for the beginning of a global pandemic.

The vaccine has been tested on 133 volunteers within a study conducted by US universities, and has proved to be efficient, providing a powerful weapon against the flu virus.

The conclusions of the study were that two doses of the vaccine are enough to produce the right immunization to neutralize the virus.

Also, a British company is working to produce an effective bird flu vaccine.

The director of the National Institute of Allergy and Infectious Diseases, Anthony S. Fauci declared to be very enthusiastic about the new vaccine and its immunizing properties, also declaring that he considers the tests to be a key step in the world's attempt to stop a possible global pandemic.

Another scientist, Michael T. Osterholm of the University of Minnesota was very relieved when hearing about the success registered by the new vaccine when tested, and declare that he was worried about the fact that two doses of the vaccine might not have been working, that constituting a real problem for the researchers.

More testing will be needed before the vaccine will be ready to be mass produced, and also a method of distributing large quantities will have to be designed.

Scientists are positive that in case of a global pandemic a lot of people will be left unvaccinated due to the existent lacks in the health system, because it is not easy to produce and distribute the vaccine effectively in a short time. 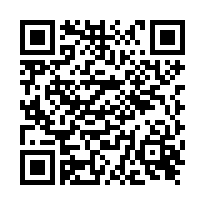